An American man from Houston, a Canadian man from Vancouver, and a British man from London were all sitting in a train car with a very hot woman from France/Poland/Glorious Nippon/Finland. Suddenly, the car went through a pitch black tunnel, a loud SLAP was heard, and when the car emerged the American was painfully holding his hand to his cheek.

Immediately, the British man, picking up his newspaper with a smirk, thought "Why, I'll bet that dumb yankee touched that woman's breast, and she slapped him! Typical American, indeed."

The American, pulling out his iPod with a frown, thought "Goddamn, I'll bet that Brit touched that chicks boobs to make her think it was me, and then she slapped me! Typical fuckin Brit!"

The Canadian, looking out the window with a blank expression, thought "Man, I hope there's another tunnel coming up so I can smack that fuckin American again." 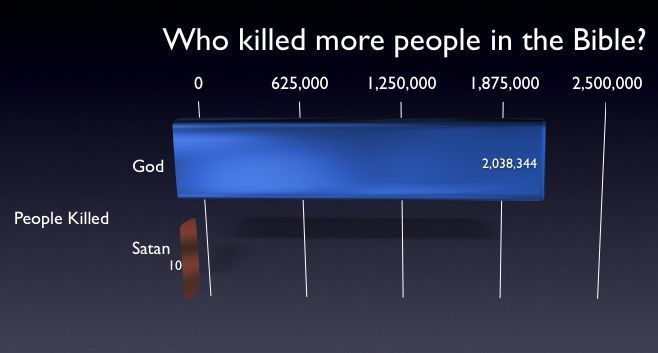 Suppose that every day, ten men go out for beer and the bill for all ten comes to $100. If they paid their bill the way we pay our taxes, it would go something like this:

I am writing this to you on behalf of myself

I am writing this to you on behalf of myself and all the other employers in Santa Barbara.

I just want to clarify some things.

First of all, when you are late to work, please desist from acting offended when I write you up, fire you, or otherwise punish you. The schedule we run is not posted as a "good suggestion" but an actual timetable (and legal document) that you are required to work.

What do YOU see here?

What do YOU see here?

The following is an actual question given on a University of Washington chemistry mid term.

The answer by one student was so 'profound' that the professor shared it with colleagues, via the internet, which is, of course, why we now have the pleasure of enjoying it as well :