My Blog > My Blog

Welcome to my Blog Page.

Although I don't really like blogs much, i think it is important that some of the latest breaking information be discussed. Things like Vista, the force fed operating system, some alternatives to it and more cutting edge topics like zero point energy just really need a forum. If you don't like my opinion on things, feel free to dispute it. If you agree, also feel free to comment.

Soon to be released windows 10. has a lot of windows 8 bits, but returns the start bar and removes the forced metro interface.. (mostly)

Anybody that knows me, will quickly tell you that I like a good conspiracy. It's fun to discuss the possibility of life on other planets, the UFO cover up, 911, Kennedy and the Magic Bullet, the list goes on and on.

The two largest conspiracy sites on the web are currently ATS, and godlikeproductions. I wont link to them here because they aren't really conspiracy sites. More like conspiracy dis-informational sites. They claim to be conspiracy sites, but both have been accused of being government run, or government controlled sites with the intent of making sure that no one gets too close to the truth.

For example: if you were to find proof that Obama was born in Kenya, like verifiable proof and post this information ob ATS for example, what would happen is first you would be debunked. And the debunkers can use any inciteful comments they like to present their argument. Then when you replied, your reply would be scrutinized by the "mods". If there were any..and I mean ANY reason that a mod could censor your reply it would be censored. Political trolling, against the TOS, too large a quote..etc etc...

Now if your able to get your reply posted the next step would be to reduce the validity of your proof. This is where they bash your source. SO, for arguments sake you got this information from one of the people in the office of birth certificates in Kenya. Well now...it's probably a different Barrack, or they person is making it up or your proof is a forgery etc...and not just one person would respond, but many.

So now your posts are being lost in the volume of the debunkers, in posts that are irrelevant or simply biased.

Ok, so you have proof, you have kept your head and you've managed to stave off the debunkers. Now your topic falls to the very last page and is lost.

Now I personally don't care where Ombama was born any more than I care where Palin was born. I'm Canadian, so it really doesn't matter, but I do have an opinion on 911.

Ok so on to un-godlikeproductions: Here is a very poorly don't website, lots of swearing, lots of red neck appeal. Don't be too educated on this site as that will get you a swift banning. Don't mention "Lop.com" the site owners previous job, or...you get banned. Don't mention "Tavistock" or Stanford Institute, or yup, more banning.

What this boils down to, is that both of these sites are setup to confuse and tear down the discussion of conspiracies. They portray themselves as "THE" place to talk about conspiracies, but the reality is they ARE government controlled Psy-ops. They are there to root out would be conspirators divide and conquer the potential dissidents and keep you asleep. 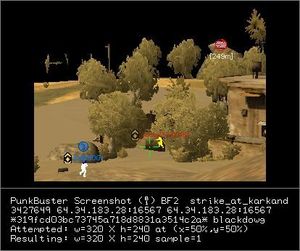 Can Anyone tell me what is up with the cheaters in the games?
Sure we know they are a majority of dickless punks that have no respect for themselves or others. We also know that the majority of them would not be able to finish a game, much less actually appreciate what the game is all about if they really did play without their artificial skills.

I think one of the most irritating aspects of having to deal with the cheaters is the absolute silence from the games developers. Are you listening EA? I thought not.

It would be prudent to consider the track record of a games developer, in dealing with cheats, when considering which games to purchase. If that games developer ignores the integrity of their products for a quick and easy buck, you can be sure they will also ignore YOU, when you complain about the rife cheating going on in their game.